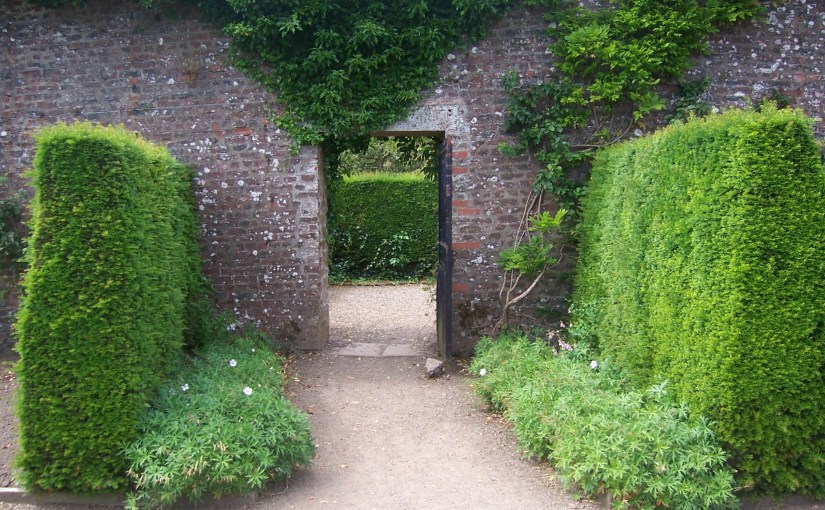 Most ecosystems such as app stores are either open or curated. But why can’t we have both? Well, we can — all you need is three verbs: publish, find, and like. That goes for technology and anything else.

Usually there are two options when you want to publish an app: publish it to something like the iOS App Store (where people will find your app, but Apple reviewers can deny your submission) or just put it on your website (where it’s easy to publish, but there’s no guarantee anyone will see it.) Not the greatest set of options.

Isn’t there a way to combine the strengths of both of these to make for the best possible experience for both publishers and consumers? I think there is. It’s called an open and curated ecosystem. Let’s take a look at:

and see if we can discover something about the power of crowdsourcing, innovation, and the three verbs publish, find, and like.

The iOS App Store and open internet, among others, are app ecosystems — places where apps can be published and found. And I think the big factors that differentiate one ecosystem from another are whether the ecosystem is open, where anyone can publish apps and whether it is curated, where the best apps rise to the top and users are assured quality apps. That’s the major difference between the iOS store and the internet at large, which I mentioned earlier.

Let’s look at examples of curated and open ecosystems and what differentiates them.

App stores, like iOS’s app store, Google Play, the Amazon app store, and others are traditionally curated but not open. They’re called “walled gardens”, where reviewers carefully curate a list of the best products and users get to choose from between these. A parallel in the physical world is the bookstore, where the owner chooses a list of books that customers choose from.

Anyway, because app stores are curated, there are very few virus-filled or low-quality (according to the reviewers, at least) apps in the stores, since the store owners filter those out — and that’s great news for consumers.

But these walled gardens aren’t open, making it hard for new developers to enter the marketplace. More ominously, a big corporation gets to control what users have access to. That might seem like a tinfoil-hat idea, but it’s reared its ugly head several times, notably when Google banned ad-blocking apps from its Google Play store a few years ago. This restricts free speech and hinders publishers.

So walled gardens like app stores are curated but not open; they’re good for consumers but not publishers.

The open internet: an open ecosystem

The internet at large, which I define as someone publishing an app only to their website, is the exact opposite: it’s open but not curated.

The internet is open because anyone with a website (which is more or less anyone who would want to publish an app) can publish whatever they want with nearly no restrictions. Openness is also great for freedom of speech, as literally anything can be published. Because there’s no barrier to entry and no limits on expression, openness is great for publishers.

Meanwhile, the open internet is not curated. There’s no central authority that determines what goes on it and no unified place where all apps published on the open internet can be found. That’s bad for consumers for two reasons. First, it’s hard to find apps: even with today’s powerful search engines, there’s no way to find every, say, calculator app on the open internet — an app store like iOS’s would do that, though. Second, and more dangerously, dangerous content can enter the ecosystem, such as anonymous online drug trafficking. App stores would, I hope, ban this sort of thing.

The open internet, in contrast with the walled garden approach of app stores, is open but not curated, which is good for publishers but not consumers.

Can’t we have both open and curated?

So here’s my question: why must we choose between open and curated? Why can’t we have both? Can’t we have both high-quality, trusted content and the ability to choose and distribute freely? Can’t an app ecosystem be good for both developers and consumers?

I think we can have both open and curated ecosystems — but for that, you have to turn away from conventional platforms and toward open-source.

Open-source is a philosophy that people should be free to use, develop, distribute, and modify software however they like. People publish software whenever they have an idea, and others contribute to the project to improve the software — or, if they feel they can do a better job, they make their own version of the software and take it a different direction.

Going back to the bookstore metaphor, if we had an open-source bookstore, customers could put their own books on the shelves or even copy and edit existing books to try to improve them. It’s a very exhilarating idea.

So open-source has two goals: encouraging freedom of expression and creating the best software possible.

The rise of open-source ecosystems

The problem for many years, though, was that there were no centralized marketplaces of open-source products. The only way to find open-source software was to visit the project’s website. Outside word-of-mouth, there was no way of knowing what software was good or popular — or, indeed, of knowing what was out there at all. That’s open but not curated — in other words, no better than the open internet.

But recently we’ve been seeing many open-source marketplaces arising — places where anyone can publish and edit software, people can search for all kinds of software from one place, and the most popular software rises to the top of the charts and search rankings. And those, as we’ll see, are both open and curated.

GitHub: a model for openness and curation

For example, let’s look at GitHub, a website launched in 2013 that bills itself as the center for “social coding”. Developers publish repositories of source code, or computer instructions that can be run to create an app. Other developers can suggest edits to the code to improve it — or “fork” the repository and start developing an alternative version. People trying to find software to use in their projects can visit GitHub, search for and download relevant software, and star their favorite repositories.

As a result, the best products rise to the top of the “most starred” list and become some of the most-used software. (Ask any web developer what Bootstrap, Angular, and Node.js are and they’ll gush about them — those are the three most starred GitHub repositories of all time.)

So GitHub is both open and curated. It’s open because anyone can publish anything with little more than an account — a win for publishers. And it’s curated because there’s a centralized way for users to find products and filter out the best products — a boon to consumers. That combines the benefits of the open internet and app stores.

Benefits of open and curated ecosystems

What makes these open-source marketplaces, and open and curated ecosystems in general, so great for publishers and consumers? I think it’s because the openness and curation play off each other; each cancels out the other’s weaknesses.

Open ecosystems are great for publishers, but if you let anyone publish, dangerous or low-quality products will inevitably emerge. But because these ecosystems are also curated, users will ensure these bad products get downvoted so that only quality products are easily seen. That makes the marketplace safer for consumers.

So open and curated ecosystems have all the benefits minus many of the drawbacks. So we should create them — but how?

The making of an open-source marketplace

So what makes an open-source marketplace like GitHub or the Firefox Marketplace? How exactly do these ensure openness and curation? I think there are two criteria:

In catchier terms, all you need is three verbs: publish, find, and like. If your ecosystem lets users do all three of those things, it’s an open and curated ecosystem.

Again, any ecosystem that is open and curated must allow for users to perform these three verbs. But first let’s define the three verbs a little more rigorously:

Now let’s revisit our three models for ecosystems to see how they stack up with respect to these three verbs:

Once you start thinking in terms of open, curated, publish, find, and like, you can start applying these concepts to all kinds of ecosystems.

First, you’ll notice there are more open and curated marketplaces out there than you might think:

In fact, I’d be willing to bet that most social networks are open and curated. There’s good reason for that — this model works for both publishers and consumers.

Unfortunately, many ecosystems aren’t open and curated, but I think we can easily make them that way.

For instance, take government. Right now, legislation is thoroughly vetted (curated), but average citizens have no way of proposing it (not open). Government services are carefully calibrated, but no citizen can contribute to them. As we saw, great for those in power but not great for average citizens.

What if, instead, we opened up government legislation and services by crowdsourcing citizens’ suggestions and then letting the best ones win out? That’s actually an up-and-coming field with proposed solutions such as soliciting citizen feedback on bills or public service hackathons. Opening up government should be a huge priority.

There are plenty of other fields where we could apply this line of thinking: business, education, etc. It’s very powerful.

As we saw, open and curated ecosystems are great for publishers and consumers alike. In technology, this takes the form of open-source marketplaces like GitHub or the Firefox Marketplace, which more platforms — including the iOS App Store and Google Play — should try to emulate. But this idea extends to our most popular social networks and other fields, too, such as government, business, education, you name it. We need to create more of these open and curated ecosystems — and it all starts with publish, like, and find.

After that, it’s all about having faith in crowdsourcing. Open and curated ecosystems are all about crowdsourcing, as they rely entirely on users to populate the marketplace (publish) and curate the list of products (like).

So as long as you have enough initiative to create an ecosystem that supports those three verbs, a strong enough community of publishers and consumers, and faith in your user base — in crowdsourcing — you can make an open and curated ecosystem a reality.

So, armed with our three verbs, let’s go tear down those walls.