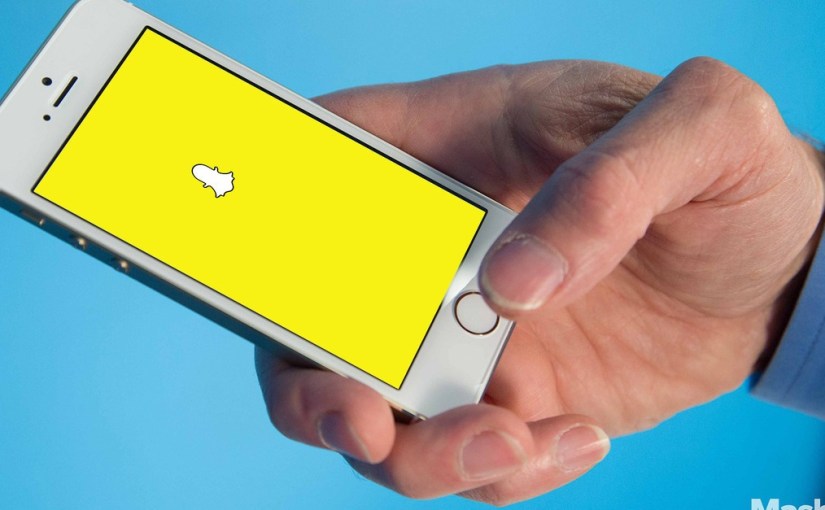 How social media is designed to help you build relationships with acquaintances, and why Snapchat (yes, that Snapchat) is the most effective social media platform

It was late enough that I’d stopped thinking for the night, so I proudly proclaimed to my nearby friends that I was getting a Snapchat account. It had always struck me as a bit vapid and narcissistic – you’re swapping carefully-chosen selfies with others to try and win favor – but I figured I’d give it a go.

But I quickly learned that Snapchat, like any other social media platform, gives rise to a number of use cases that the creators probably never intended. (For instance, Twitter probably never foresaw that it would contribute to the Egyptian Revolution of 2011.) What I saw was this: Snapchat and other social media platforms are surprisingly effective ways to grow and maintain your network of weak ties (acquaintances) by reducing the costs of communication and increasing the number of “hooks,” or chances to strike up conversation, you have. All social media can do this, but Snapchat, by its very nature, is the king of this.

The first thing we have to look at is the distinction between strong ties, those people you communicate consistently with and know as multi-dimensional people, and weak ties, those you communicate sporadically with and know in mostly one context. (I’d call them “friends” and “acquaintances” but you don’t necessarily have to like your strong ties or dislike your weak ties, as those terms would suggest.) So, in practice, what are the differences between how you approach your strong ties – think your best friend – and your weak ties – someone you like but haven’t gotten to know very much? I think it boils down to two interrelated things: the cost of communication (how hard it is to write to someone) and the frequency of communication (how many chances you have to talk to someone.)

It takes a lot more effort to talk to a weak tie than a strong tie, but I’ve found that a major strong point of social media (I’ll use Snapchat as my Exhibit A) is that it reduces the effort it takes to talk to anyone, which makes it much easier and more common to reach out to people you don’t know very well. To begin with, it’s much easier to write to a strong tie than a weak tie: you don’t think twice about forwarding a cool article or job opportunity to your best friend (even if they’re not 100% interested in it), but you’d hesitate quite a bit before sending the same thing to that guy who lives a few doors down, even if he’s extremely interested in it. When I say it’s “hard” to write to someone, I mean that you need (or feel you need) a very good reason to reach out to them. With the article example, the neighbor (a weak tie) would probably ask themselves “Wait, why is this person telling me this?” It’s like getting a holiday present from someone who sits next to you in math class, to use a college example. It’s weird interacting with weak ties.

But this is where the genius of social media – Snapchat in particular – comes into play. The thing is, you don’t need a good reason to send someone a Snapchat message (to “snap” them); such is the culture of Snapchat. It’s not weird to send someone you barely know a photo of yourself or something interesting. For instance, I snap my fellow Coca-Cola scholars photos of Coke trucks around Cambridge even if I wouldn’t usually be able to think of a good reason to message them. That’s just the culture of Snapchat. I think that arose for two closely-related reasons: people receive many snaps, and it’s very easy to send them (just smile for the camera if you can’t think of anything else) and receive them (spend, at most, ten seconds of your life watching a snap.) So there’s little pressure to create a good snap; people get enough that they won’t remember a few bad ones, and it’s only a few seconds of sender’s and receiver’s time that’s on the line. Therefore, people can and do send a lot of snaps without much reason or pressure – the costs of communication are very low, which incentivizes people to send snaps, even to those they don’t know.

The lowered costs of communication is a feature of all social media, but Snapchat does it best. It would be weird to write a letter to even your best friend, let alone a weak tie, but it’s much easier to send a Tweet or Facebook message, for instance, because it’s so easy. But still, it’s not as cheap as sending a snap, because for these methods of communication you need to have something to say. Even if you’re just saying “Hey, what’s up?”, the other person needs to spend time engaging you in a conversation, and as such they will expect there to be a goal – even if it’s just to catch up. As such, there’s more pressure when you write to someone using more traditional social media platforms. But with Snapchat, there’s no expectation on the sender, as we saw, to say anything meaningful or the receiver to invest anything in return. Snapchat reduces the costs of communications far below those of traditional social media platforms, which have low costs as it is, and as such it is a very easy and oft-used way to engage weak ties.

So we saw that social media is good at growing the number of weak ties you speak to, with Snapchat being the top of that pile. As a scientist would say, it reduces the activation energy of talking with someone, and high activation energy is a major reason why it’s so hard to hit up weak ties. But, to continue that metaphor, there must be some way of initiating the reaction – of starting the conversation. And for that we turn to the Snapchat story.

Snapchat, like many other social media platforms, allows users to publish content that any of their friends can see, which provides an easy way to strike up a conversation even with a weak tie. Snapchat achieves this through its story feature, wherein users can make certain snaps public to all their friends (instead of directing them at specific users). This is a kind of public broadcast, much like Facebook’s timeline post (vs. a direct message) and a Tweet (vs. a private message.) These public broadcasts provide the spark for conversation; they give you a reason to reach out to weak ties. For instance, one of my friends (who I talk to rarely enough that I consider him a weak tie) mentioned some interesting research he was starting in a Tweet, which prompted me to start talking to him about his research. That Tweet was a reminder that I hadn’t talked to him in a while (without social media I wouldn’t get these kind of reminders) and an easy avenue to start a conversation. That is, social media provides plenty of hooks you can use to start conversations, and since you tend to need good reasons to speak to weak ties, social media is especially effective in such relationships.

Like before, Snapchat is very effective at providing hooks for conversation because of its story feature, though it’s pretty similar to other social media platforms in this regard. Because it’s so easy to snap, people will put photos of more or less anything they do on their story – whenever my friends see or do something remarkable, their first instinct is to put it on their story. And since, as we saw earlier, viewing a snap takes so little time, it’s very easy to sit down and view all your friends’ stories in a few spare minutes. This is fairly similar to how easy it is to idly scroll through friends’ timelines or Tweets. In just a few minutes, you can find plenty of shared interests or activities that give you ways to interact with weak ties – to initiate the reaction, going by the chemistry metaphor.

So social media (Snapchat especially) is very effective at finding you ways to connect with weak ties and reducing the amount of effort needed to connect with them; collectively, these make it far easier than normal to grow and maintain a network of weak links. You’d stay in touch with your friends anyway, but with social media it’s much easier to stay in touch with those on the fringes of your social group. But why would we care – what’s the benefit of weak ties? It’s simply that weak ties are far more numerous and, therefore, more useful, so it is in our interest to keep as large a network of weak ties as possible. You can only have so many strong ties – you can’t have hundreds of best friends – so most of the people you know will have to be weak ties. No one wants to fall out of touch with the fascinating people they know, even if they are weak ties. Plus, most people who eventually become strong ties are originally weak ties – think a floormate you befriended halfway through the year, to think in college terms. For your own social pleasure, therefore, it is important to maintain a solid network of weak ties. In a more cynical sense, the larger your network, the more potential jobs, opportunities, and information you can draw from it; there is a distinct, if somewhat distasteful to think about, economic advantage to having a large network, most of whom will have to be weak ties.

And to think that this all comes from a platform as simple as Snapchat, which literally consists of little more than sending photos to other users and posting a few to a public wall. It is so simple an idea that sending and receiving snaps is nearly effortless. And yet this simplicity is a major reason why it is so effective and, I’d be willing to bet, popular: it is very easy to communicate with others (the low time investment required by snapping reduces the effort it takes), and Snapchat offers plenty of opportunities to begin such communication through its easy-to-construct story. Most social media platforms, such as Facebook and Twitter, are like this, but Snapchat wins out because of its sheer quickness and simplicity (even Twitter’s 140 characters take much more effort to produce than a quick snap).

If we want to keep in touch with our weak ties – which it’s very useful, professionally and personally, to do – we’d do well to use Snapchat and other social media platforms. I had no idea what I was stumbling upon that late night, but Snapchat has certainly provided an interesting learning experience. I think my friends are in for a victorious snap from me.